Although this blog i technically nothing you want to hear about any of the sorts, and i would probably be the only one to ever visit this page. I find it hard to keep a journal to my self, and to chat among the ones i know. Yes i know that I am far from comprehendible, and life is life, and your more the welcome to tell me to get the Fuck over it. But for Know I will bitch and moan and groan when I want and how i want.

I will showcase anything i damn well please.

What's your most memorable moment at a Red Jumpsuit show?

I don't know how many of y'all will see this but I was wondering whats your favorite memory at a Red Jumpsuit show. Mine is at Intensity I was helping set up early that morning and I was looking for my boss to give her an arm full of tape while I was looking for her and calling her name I saw Ronnie hanging out by the trailer I noticed he was looking over where I was with the rock climbing wall guy and I took off running in the opposite direction because I felt so embarrassed. I would love…

What song i think is beautiful by rja ?

I Really Like Face Down :D but  your Gaurdian Angel Is a Awesome Song To Sing .

I was first introduced to RJA when I heard Face Down. …

So the Red Jumpsuit Apparatus is r releasing their new album call Et Tu Brute and its coming out this year on March 15 :D I know its going to be awesome just like the others 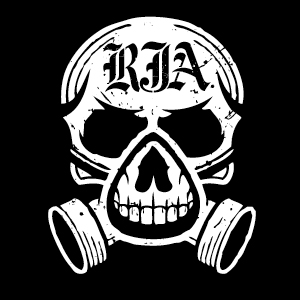 new member to the site!

Hey there y'all mighty and epic RJA lovers ;) How y'all doin'?

Okay, so here it is, up straight and in your face...

I am new to the site. I don't know how to do anything. I just found out I can post these blogs... and well frankly, I kinda suck at it.

Right now, I'm kinda listening to RJA's song "Your Guardian Angel". I love it, and since I'm saying the truth, this is…

just chillin for the most part...really happy i found this community page :) lovein the R.J.A.!!!

I'm starting my first semester in college in like 2 weeks, and i'm really anxious! Everything is happening so fast, and i really hope to get some rest, this week is a little bit hectic since i've got to take a blood test and get into driving school, and many other things left. Oh well, i hope the next month won't be this busy.

Ok, just started getting ready to get into college, a lot of people don't know this, but in Ecuador, college is a lot different, you don't apply for the one you wanna go, you just give them the documents they ask you for, and start a pre-college course, this lasts 6 weeks and you get into that college if you approve, if you don't then better luck next year. So anyway, i started this course a month ago, and things seem to be going pretty great :) I mean, it's not like high school (gosh i miss…

song of peace created by me :)

i can hear riots everywhere,

taped mouths that asks for freedom and justice,

tired minds that longs for an unending peace.

when the world builds a statue of tragedies,

all we need is to establish a…

It's been ages since I have been here. It is so good to be back. I miss terribly miss this .
\m/_\m/

How SEO Company Victoria helps me

Starting a new leaf in life is never easy. Just like building a new website.
There are a lot of things to do and things to consider.As a website owner myself,
I decided to hire a reliable seo company victoria .
It took me a while to decide on building my own site for my small-owned business.
I am really happy and contented with what they did to my website.

So,  I got to go to the Daytona Beach show at Frank's Front Row =) I was honored enough to be placed on their guest list, me +1. So I took my best friend with me. Unfortunately, we got there and found out that RJA wasn't playing until midnight =( Her dad told her she wasn't allowed to stay that late to watch them, so he came and picked her up. I went to go back in, and the guy at the door was all "Do you have your ID?" and I said "Yea.." and he goes "10$ please" and I was like "I'm supposed…

I've seen RJA three times now and this, the third, was so the best!

also, I prefer this venue to the Corp in Sheffield! The guitar solo was VERY good and Ronnie's voice was as hot as ever

I'm inspired, I'm going to prove you wrong, like in the song Dreams, you're not alone in this.

the proctor seems like don't want to teach all folks at the back, like me. and that's the reason why i don't listen. XD better for me to just read and analyze it on my own. XDD or just draw and draw and draw whatever i want. XD

Hey Randy - Thanks for your help last Thursday !

This is a short note to say thanks to you + Tim for spending time with me on that foul Thursday evening while I was trying to contact my paddling partner on Amelia Island.  You were both very kind + patient - I think we had a good giggle at the incompetence of the 911 emergency services.  Just some more info on the incident - when I found my friend, my boat had been blown away.  We found it the next morning damaged on Talbot Island.  I had a 2 mile run to get it, paddled it back to the bridge,… Continue